Is learning a second language worth it for your child?

Making the commitment to raise your child bilingual or trilingual is an important decision. You may wonder if it is worth imposing the added layer of learning, or whether or not it will actually make a difference for their future?

We know that there are several thousands of languages spoken around the world and that French is one of the most widely used (see article below). According to TIME.com, the human brain learns best linguistically the younger it is. Also, studies are showing that a multilingual brain could potentially be quicker and better able to deal with ambiguities, resolve conflicts.

A multilingual brain could also be better at resisting Alzheimer’s disease, as well as other forms of dementia, for longer. According to the American Speech Language & Hearing Association, the number of bilingual speakers is projected to increase in the coming years. So, essentially, being bilingual or at being exposed to a second language has a very positive effect on intellectual growth, and can be a very enriching and beneficial tool.

One of the big concern I hear from non-french speaking parents is that if they put their child in French Immersion, then their child’s English speaking and writing skills will be negatively affected. I can say with confidence that this is not something that I have observed. I raised 3 boys through the French Immersion 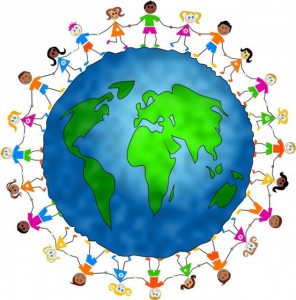 and Francophone school system in Ontario, and they have all excelled in both French and English. EQAO results across Ontario also support this notion.

At the end of the day, it is simply about determination and motivation to learn. Children that are exposed to another language, and therefore another culture, develop open minds and a greater understanding of the complexities of different cultures, countries, and languages. Learning a second language is like opening another door of possibilities. You can meet people, travel, work, and share experiences that were not possible behind the language barrier.

Want to learn more? Below are some interesting articles relating to bilingualism and its benefits in today’s world. Check them out!

ARTICLE LINKS:
HOW THE BRAIN BENEFITS FROM BEING BILINGUAL (@LanguageMastery) WRITTEN BY Hajera Blagg:

The comments are closed.